Send Us A Message

With the end-of-life fast approaching for Windows Embedded Handheld support, it’s important to think about the future, whether you are running a windows platform or considering going mobile in the warehouse for the first time. In this article, we have teamed up with our trusted hardware partners Honeywell and Zebra where we will answer the 9 most asked questions about end-of-life for Windows Embedded Handheld support. 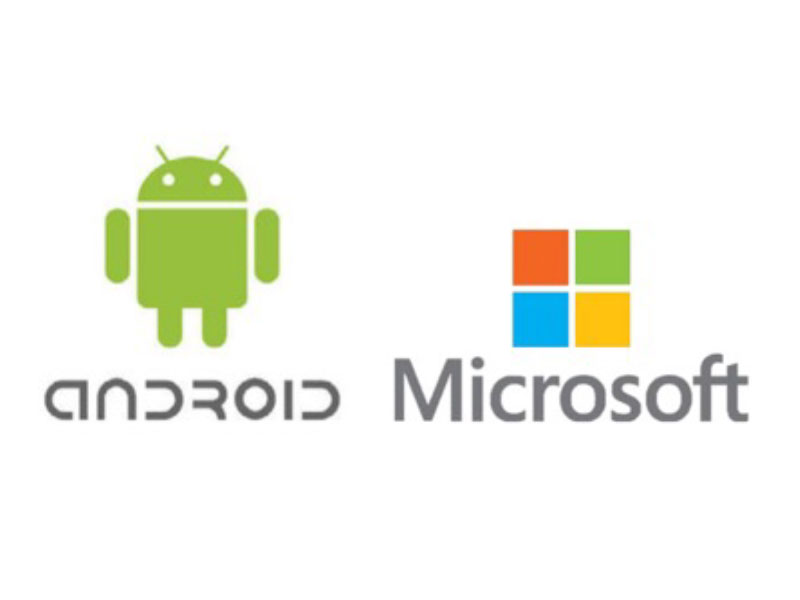 1. So, what does end-of-life really mean?

The broad definition is, that an end-of-life (EOL) product is a product that does not receive continuing support. This is because, either existing marketing, support and other processes have been stopped, or the time has run out for the product.

Regarding enterprise mobile devices, End-of-life means that Microsoft is ending all support of their Windows Embed-ded Operating System on January 14, 2020. This leads to another question, what impact does this have on the users? This means that Windows users will no longer receive:

When we talk about support on Windows Embedded Handheld (WEH) OS, there is, maintenance support and exten-ded support. Maintenance support means that Microsoft will provide users with fixes, software updates and security updates.

“Next year, we will not be able to contact Microsoft to correct an error. And to this day it has been a great expense and constant consideration of whether it pays off or not, as Zebra is in the process of making a transition to Android for all customers,” says Jesper Sørensen from Zebra.

Zebra and Honeywell remains committed to supporting Windows products as they plan and execute the transition over to Android OS devices. For third party applications such as, Mobile WMS from Tasklet Factory, the Windows application will still be supported, but no new features will be developed for this platform.

3. Will my Windows Device stop working after 2020?

From a user point of view, we understand if the end-of-life announcement leads to concern, but the short answer is no. Your Windows device will still work after January of 2020. If something does go wrong with the OS or the mobile device, it’s important to look for a future proof solution.

If your system is stable and there are no items on your development roadmap for your warehouse environment, then just stick with Windows for the time being. If you need a new device in your warehouse, our recommendation is that you go with an Android device because with Mobile WMS you can have both Windows and Android devices running at the same time.

Yes, the fact is, there really is no other alternative, that’s why Android is the preferred OS. However, that’s not a fair answer. Android has been in the enterprise market for some time now. Zebra started with Android version 2 in 2011 as the only manufacturer, and today Zebra has a portfolio of 21 Android devices. Honeywell released their first An-droid device in 2013 so both manufacturers have many years of experience.

When Windows is no longer being developed and/or supported, there will be no hardware manufacturers who will have Windows on their terminals anymore. The terminals you buy will be outdated. No one is launching anything with Windows anymore. These are dying products, so eventually they must switch to Android.

“The question is, when do they want to use the Android platform? From a manufacturer’s point of view, no more is being developed for Windows. There are still companies asking about Windows hardware, but it’s hard to get. Ho-neywell therefore only bets on Android.” Says Caroline Petersen from Honeywell.

Jesper Sørensen adds, “We do not build more Windows Devices and haven’t done so in the last 2 years. As a ma-nufacturer, you cannot get newer CPUs that are supported by Windows mobile, as Windows does not add new drivers to their products.” 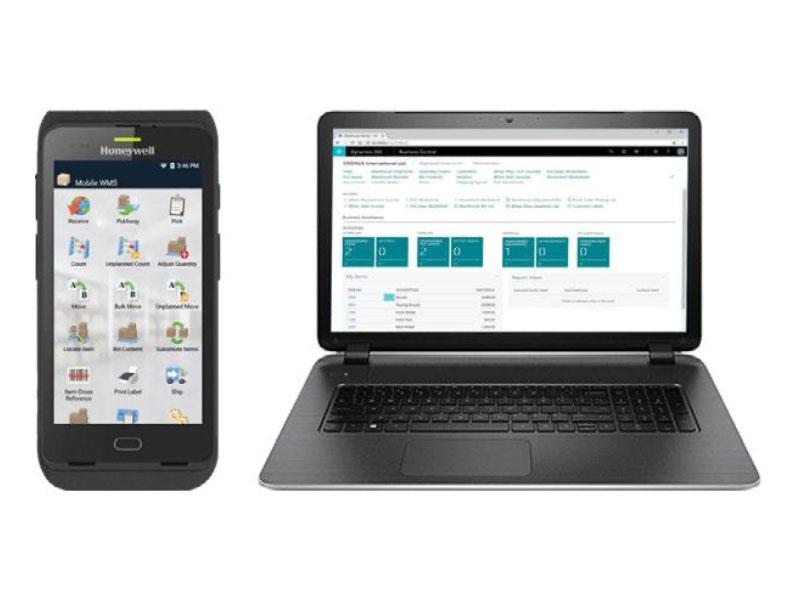 5. Is Android a future proof OS?

About a year ago, Honeywell launched Mobility Edge. Mobility edge is a platform developed by Honeywell, Google, and Qualcomm. “We have closely collaborated with them in relation to what features we would like to have, and what we see in the market that our terminals must be able to do” Says, Caroline Petersen from Honeywell.

“With this partner cabinet between the three, we are constantly developing this chip. So, we are always better at being able to implement the new versions” Caroline continues.

The great thing about a collaboration like this is that whether you have a device with physical buttons, touch screen, a tablet or the like, it is the same platform you are on and it can adjust itself to what device you use. So, the same company can run on different terminals, but on the same platform. The collaboration between the hardware ma-nufacturers, Google, and Qualcomm is an advantage in terms of both development and security.

6. Is Android a secure platform?

Windows Embedded Handheld, as a platform that hasn’t been developed for years is of course not the best platform, when it comes to security. If you are running on a closed and secure network, you are taking the right safety precau-tions, but still there can be issues. With Android today there is a lot of focus on security from both Honeywell and Zebra.

“With Android O (8), we are light years ahead of an operating system that has not been patched since 2015.” Says Jesper Sørensen from Zebra and he continues” Light years ahead with security patches and the CVEs. At the same time Google scans apps on devices. They scan for ransomware and malware – and notify the user if there is an appli-cation shortage in case the device is connected to a google account.

With Zebra’s collaboration with Google and QUALCOMM on their enterprise platform, every month they get the opportunity to get all the security and vulnerabilities that have been looked at from Android. They can therefore pro-vide security patches and put a life guard on the devices as security patches to them every month.

With Honeywell’s Mobility Edge platform, they guarantee support through Android R (11), giving the users the lon-gest security lifecycle in the industry

Today the OS transition has become much faster. If we go back to Microsoft and look at the release dates on the different versions, there were 2 to 2.5 years between changes. With Google and Android, we see an OS transition annually, which means customers more often must decide on a newer operating system and what’s in the different enhancements. Today there are new functionalities all the time.

Honeywell and Zebra will make sure that Android devices are long lasting products with up to 8 years of extended support when buying a device. “Although Android says they stop supporting a version, Honeywell supports it longer than Google does. So, it gives a longer life to the products”, says Caroline Petersen from Honeywell.

“We want to make sure that our devices can have a life span ranging from 4 to 8 years depending on when the device is released, and we would like to ensure that the customer can get the security patches on their device” Jesper Sø-rensen from Zebra, says.

8. Is it difficult to make the transition from Windows to Android?

For customers there can be many uncertainties. What are the consequences? How can we handle it and maybe, many systems in the company depend on this? And where do you start in the first place?

What Honeywell did was to look at the customer’s needs and the market changes in terms of saying that much of the work to a large extent is done by seasonal workers and that it is a huge cost for companies. A cost in terms of teaching employees during peak periods. With Android, Honeywell sees that the warehouse workers learn the processes quickly, because you have tailored the platform and the devices, and they are intuitive and easy to use and adopt.

As with other products, there are more customers who would like to make the transition, but there are still some who do not have a great need and think that the costs going from Windows to Android may be slightly larger than what they want to spend. “The thing is, that there are no alternatives in the future, so at some point you must do the exercise. It is about taking these processes into small chunks, because otherwise it can become too prohibitive for small and medium-sized companies.” says Caroline Petersen from Honeywell.

“Zebra has spent a lot of time in the last few years telling customers that the Windows platform days are over.” says, Jesper Sørensen from Zebra. Over the past year, Zebra has focused on the end customers who have not yet made their transition. The challenge with some customers is that they run on apps that cannot easily be converted to An-droid.

With Mobile WMS from Tasklet Factory we have made this process easy for the customer. You can make the transiti-on step-by-step. As the solution supports both Windows and Android devices, the transition can be done by acquiring Android devices whenever an extra device is required, or an old Windows device breaks and needs to be replaced

9. Why should you choose Android?

To end the blog post we have asked Honeywell and Zebra to sum up, why you should choose Android as the primary operating system for the mobile devices in your warehouse.
Why Choose Android:

Tasklet Factory released its Mobile WMS Android version in 2016. This Mobile WMS solution for Microsoft Dynamics 365 Business Central/NAV and 365 for Finance and Operations/AX is a futureproof and stable solution using the An-droid software platform for mobile devices in the warehouse.

Get in touch with Tasklet Factory today! 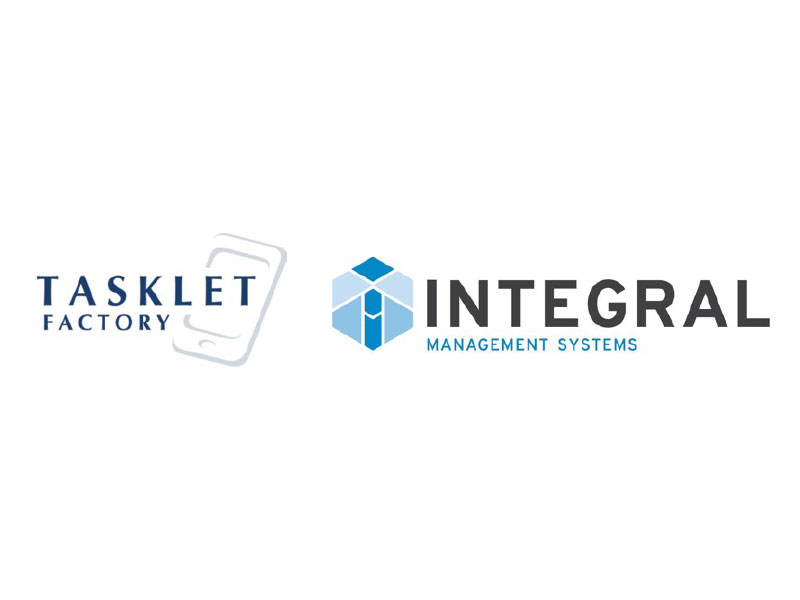 We are here to help

Get A Free Consultation Call Us Call Us

Send Us A Message